The engine you choose for your boat makes a huge difference when you're considering the way it looks or the way it handles. There are plenty of options to consider, but one of the most fundamental choices you'll need to make is between a stern drive engine and an outboard engine.

Firstly, it's important to understand the difference:

Stern Drive Engine: Sometimes known as an inboard/outboard or I/O engine, stern drives essentially combine the inboard and outboard. The motor is in the back under the transom, and the drive unit is fitted under the deck.

Outboard Engine: Fixed on the transom outside the boat, outboards are clearly visible and can be tilted out of the water.

Both engine types have their own advantages and drawbacks, but here are just four reasons you should pick a stern drive.

You need to be careful when comparing stern drive performance against outboard performance. In most cases, you'll find stern drive models boast higher available horsepower ratings than comparable outboards, but outboards are generally lighter. If you need something for very swift acceleration, an outboard might be better. However, the horsepower advantage gives stern drive engines the edge when it comes to top speed.

One of the best things about using a stern drive engine is completely freeing up the back of the boat. With an outboard, it isn't very easy to fish off the back, climb up from the water or jump off for a swim. With a stern drive, the engine is under the boat, and you don't need to worry about it getting in the way.

Having the engine tucked away under the boat offers aesthetic as well as practical advantages. With the stern drive engine completely out of view, you'll find the boat looking tidier and more streamlined. Of course, plenty of people don't mind the look of an outboard hanging off the back, but this is still something to consider if the way your boat looks is important to you.

Modern outboard engines aren't nearly as noisy as they used to be, but you'll still tend to find that stern drives have an advantage when it comes to offering a quiet ride. Since they're located under the deck instead of fully exposed at the back of the boat, the sound they produce will be relatively muted.

For more information, contact a company that sells products such as Volvo Penta marine engines. 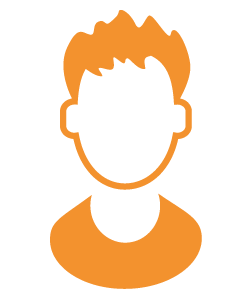 If you are new to the world of motorsports, it can seem like a very complicated past-time. Not only do you need to purchase the correct equipment, you also need to learn how to use it safely. For many years, I was put off by the idea of taking part in motorsports. However, all of that changed when my girlfriend decided to introduce me to powerboating and motor-racing. She gave me the low-down on the equipment I would need and she signed me up for some lessons. I hope this blog encourages you to get into motorsports and that you enjoy my articles!

Are you choosing your next anchor winch?
10 August 2020
If your boat needs a new winch, you will have to carefully consider your options by deciding which winch is the best fit for your boat. You will need …

Common Categories of E-Bikes in Australia
24 June 2020
The surge in the popularity of electric bikes in Australian cities can be attributed to a plethora of benefits. For instance, e-bikes are eco-friendly …

Are You Thinking of Taking Motorcycle Lessons?
18 September 2019
The first thing you need to know before taking motorcycle lessons is that there are different courses you can take, which depend on your riding skills …